The tie that binds us.

This ad always made me sad. I get what they are saying, and I really actually like old Buells. But it just doesn’t seem right.

One of the great things about riding a motorcycle is the tie that all motorcyclist enjoy.  Yeah, I am one of those guys that waves, to every motorcycle rider I see, even if it is a guy on a scooter.  Why, because I love the fact that a perfect stranger and I have something so close in common.  Riding a motorcycle in modern times is not a necessity like it was in post war Europe or Japan, or as the cheapest means of transport like it was here in America.  Instead you ride a motorcycle now, because you love it.  You like to live life just a little bit different.  I am not saying all people who ride are hard core bad ass people.  I mean I am an elementary school teacher, but rather we live life by a different set of rules, and that unites us.  You can almost always count on a fellow motorcyclist stoping to help you out if you are stuck, you can always count on another rider giving you parts or gear, for free, just because you need it and they got it.  You can always count on at least one good story every time you stop and talk to someone. 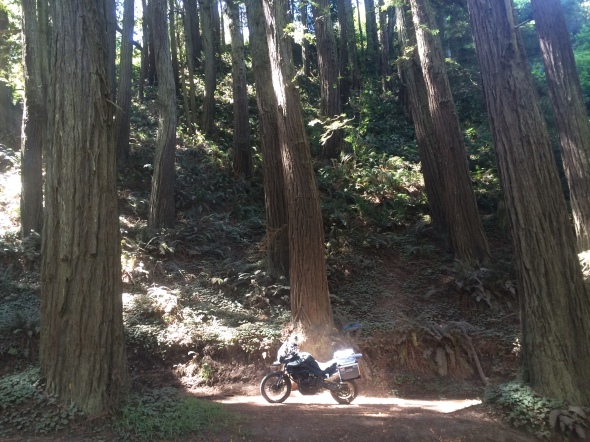 Get out and ride, you will always have a good story to tell.

I bring this up because just the other day I was getting on the IMS Triumph Tiger 800XC when a old man walks up to me and starts talking.  I needed to get home, it had been a long day and my wife had to deal with a 4 year old and a 2 year old for the last 12 hours alone, so you can see my hurry.  Well this particular old man had started the conversation by asking about the bike, saying he had seen me on the freeway and really wanted to talk to me about the bike and was glad that we ended up in the same place at the same time.  When I explained to him the bike, the engine, and all the add ons, his smile just kept getting bigger.  You see back when he was in college, one summer he bought a brand new, Triumph 650 Bonneville Twin Carb, and rode it from Pittsburgh up into Canada, along the Trans-Canadian Highway, down to LA in California.  Seeing me on this Triumph really brought back those memories, it was almost as if he had just gotten of the bike in LA all over again.  It was really something else to see this bond between the two of us.  We had never meet before, and probably never will meet again, but I had found in this old man, and he in I, an instant friendship that you just don’t get with other people.  Now, I have never done a ride like he mentioned, and it will probably never happen for me, but each time I swing a leg over that bike, each time I fire up that 800cc Triple and hear the purr of that exhaust, I am making memories that I will hold onto for a lifetime.  And one day I will be that old man, telling some young kid about how I used to have this hopped up Triumph and how I rode it everywhere, off road and on.  It will be at that point that I connect with a person  in a way that I just wont be able to connect with someone who doesn’t ride.  And that kid will do the same thing one day himself. 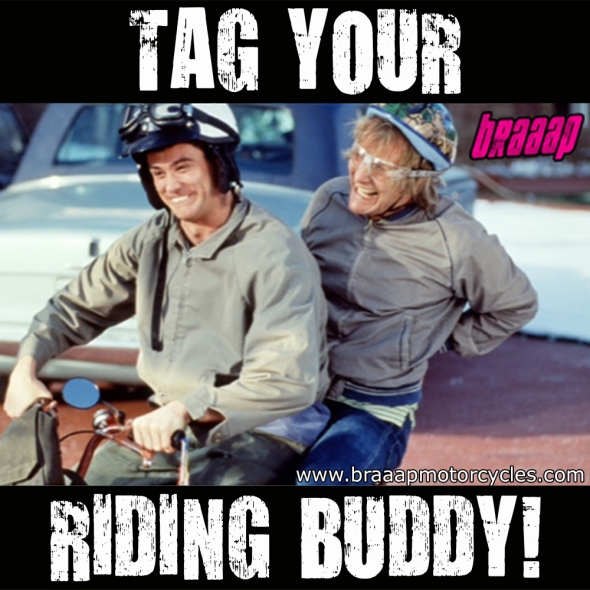 Funny, but I know you guys get it. 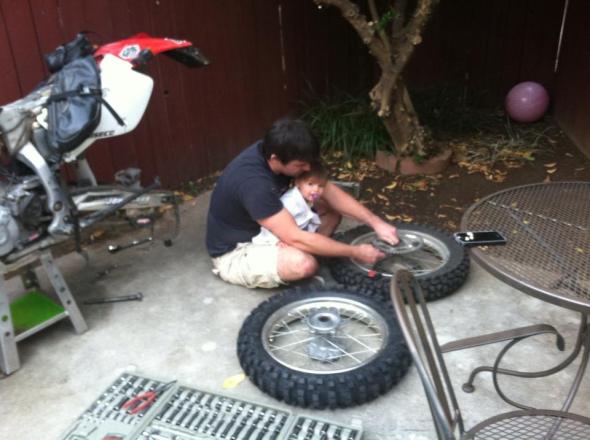 Passing it on to my next generation

So today, take the time and wave at a fellow rider, stop and talk for a minute, help them out on the side of the road, you never know when you will make a life long friend that you never had before.  So go make a friend and get out and ride. 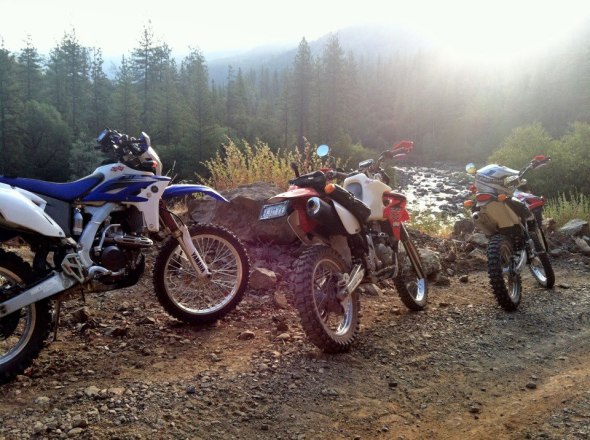 Great IMS group ride, it is just more fun with a friend.